Well this day belonged to one person – if you’ve been checking the news you know who we’re referring to. On top of that the entire squad have been recognised at the event – see photo and details further below…On with the news… 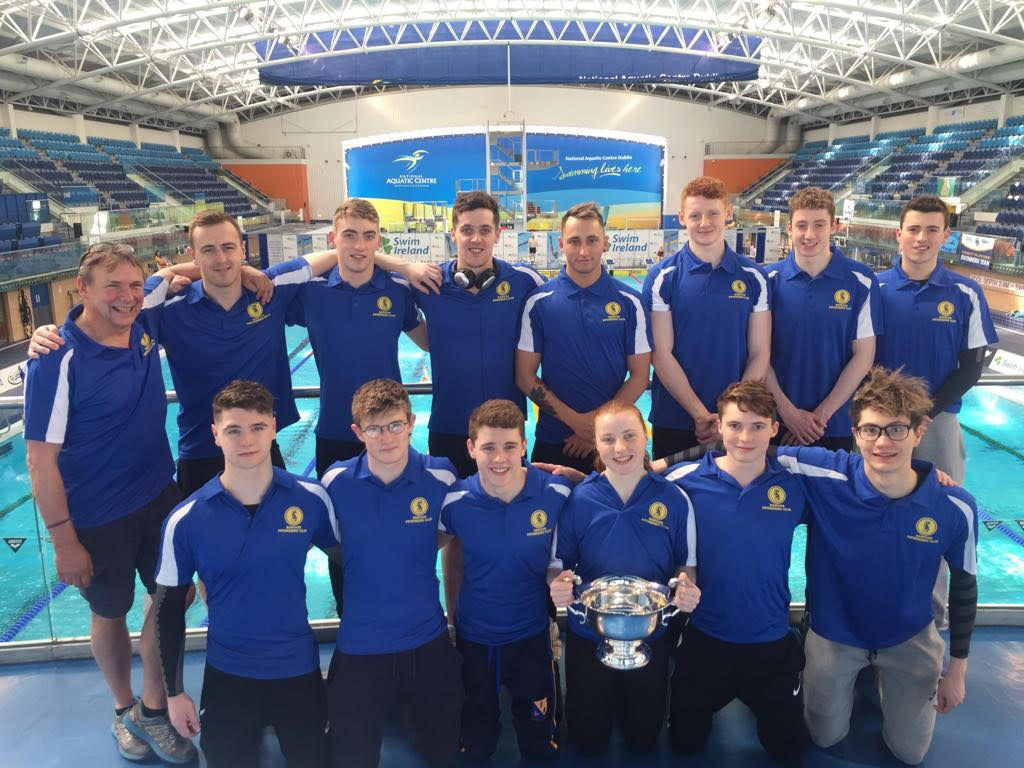 In the 400m prelims, Bangor had a 1-2 finish with Jordan Sloan and Jack McMillan leading the field.

In the 200m back prelims, Conor Ferguson touched over 6 seconds ahead of the field, at 1:59.29. This is the first time an Irish athlete has broken the 2 minute barrier for this event. A new Irish record with a new landmark time. Incredible!

On to the 400m medley relay, and Bangor A (Conor Ferguson, Jamie Graham, Jordan Sloan and David Thompson) again set an incredible time, with a 3:45.07, smashing the club medley record by over 5 seconds, and coming home over 8 seconds ahead of the field. This squad of swimmers are taking Bangor relay standards towards National squad performance levels.

Continuing the 400m medley relay news, Bangor B (Scott Dennis, Adam Manley, Christopher McCaughey and Jack McMillan) took 3rd place, and chopped 3.76s off their entry time – another incredible swim from Bangor. Having 2 teams in the top 3 shows the breadth of talent within our club.

As you might have guessed from the photo above, Bangor we’re also awarded Team Champions of the event. With so many standout performances to choose from, it’s a well deserved award. Recognition for the preparation for this squad to perform at this level has to go to head coach Paul Dennis – his impact has been immeasurable.